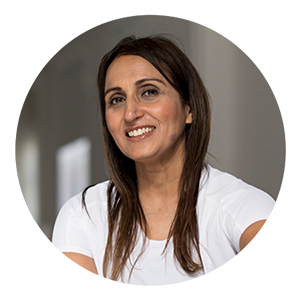 Jasmin was introduced to meditation in 1996 when studying ‘Transpersonal Psychology’ and ‘Consciousness and the Brain’. Whilst completing her part-time Psychology Degree she trained as a Fitness Instructor.  Not long after she discovered Yoga and was immediately hooked! It was the perfect combination of emotional and physical wellbeing which inspired her to learn more. In 2003 she trained in Classical Hatha Yoga in India. Whilst working as a Psychologist she continued teaching Yoga and completed specialist trainings in Pregnancy Yoga with Uma Dinsmore Tuli (2009). Yoga Nidra with the Bihar School of Yoga under Swami Satyaprakash (2010) and  Restorative Yoga with Judith Hanson Lasater (2012). She successfully gained her Experienced Registered Yoga Teacher status ( E-RYT 500®) with Yoga Alliance after completing a 300 hour Classical Hatha Yoga course with Swami Govindananda (2012). A motivated student and tutor, she continues learning both contemporary and traditional styles of Yoga. This includes a 200 hour Ashtanga Yoga training with Ryan Spielman (2012 to 2013). A 300 hour Vinyasa Flow training with Jason Crandell (2015 to 2016). And more recently, a second Yoga Nidra training with Swami Nirmal in 2018. A qualified Psychologist (2005), Clinical Supervisor (2007) and it’s 11 years since she became a student of Zen. She believes meditation has been key in developing her teaching skills, self practice and balancing her day to day life. Jasmin creates a supportive learning environment, encouraging all trainees to develop their practice and helps in  deepening their understanding of Yoga. She believes Yoga is accessible to everyone, and adapts classes for different learning styles, offering key modifications and adjustments for each student. 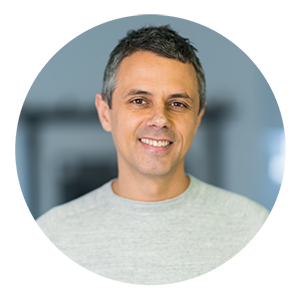 Jake Dartington is a respected Vipassana Meditation teacher. Working with Gaia House, Manchester Mindfulness, Bristol Gaia House Group, Sheffield Insight Meditation Centre and various Meditation Centres in the UK and Europe. Jake has been practising Buddhist Meditation and Yoga since 1995, training as a Dharma Teacher with Christina Feldman and is also influenced by Stephen and Martine Batchelor. An experience Mindfulness practitioner and teacher he leads 8 week specialist Mindfulness courses. He has completed his Mindfulness training at Bangor University. Jake holds Masters degrees in both Philosophy and Buddhist Studies. Keen to bring meditation into Young people’s lives Jake has been regularly committed to teaching young people’s meditation retreats in Gaia House for the past nine years. Jake brings humility, warmth and kindness, his teachings prove very popular with the Yoga Teacher Trainees.

Chris took an interest in Yoga in 2001 after a period of illness and has not looked back since. He found the profound impact of Yoga changed his attitude towards well being. Having been a regular at the gym, he noticed the balancing impact of Yoga on both his body and mind. Since 2006 he has been teaching Yoga, and leads up to 8 weekly Yoga classes across Nottingham and Leicester. Chris has developed and implemented Yoga programmes from premiership footballers to school children. He is a 500 hour Hatha Yoga Diploma holder, and is qualified in advanced Thai Yoga Massage, Anatomy, Physiology and Pathology. He is currently studying Advanced Yoga Anatomy with Leslie Kaminoff.  As an experienced Yoga teacher he is able to bring life to the anatomy teachings, and share his own practical insight into the anatomical aspects of teaching Yoga. Jatta is a skilled and vibrant teacher, and runs weekly classes at Bahia Yoga. She leads classes that are suitable for beginners and more advanced students of Yoga. Teaching Hatha Yoga and Vinyasa Flow inspired Yoga classes. Jatta assists on various aspects of the Teacher Training Course (TTC) from adjustments,  to leading practical classes and pranayama techniques. Graduating from the Bahia Yoga TTC  in 2014, Jatta is in the perfect position to guide and support trainees as they begin the course from beginning to end.